What is a left brained / right brained voiceover?

Our brains are incredible. They really are the greatest supercomputer ever created. And most of the things our brains do are automatic, which makes them even MORE incredible! If you’ve ever seen a picture of a brain, you know that your brain has two halves, or hemispheres. (If you’ve never seen one, don’t worry! Have a look below!) There’s a theory that people are either left-brained or right-brained which was based on the research of Roger W. Sperry. 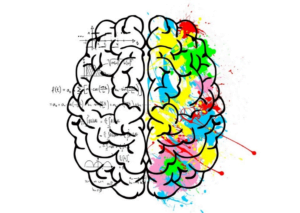 Sperry won the Nobel Prize in 1981 for this theory “for his discoveries concerning the functional specialization of the cerebral hemispheres.”  Fun fact: Sperry actually won a half share of the prize, which seems kind of fitting given his research. The theory says that left-brained people are more analytical, logical and may be more detail-oriented. Think the math genius from your high school. Alternatively, right-brained people are the free thinkers, creative types who live more in the subjective. Think the art student in high school who was always covered in paint.

Scientists have since debunked the left-brain versus right-brain dominant theory, but you probably still know about it because it became very well known in popular culture. Though each half of our brain is responsible for different things and there are as many personality traits as there are people, it turns out these personality traits and those attributed to Sperry’s research aren’t controlled by a more dominant hemisphere on its own.

What this means to me

So why call myself the left-brained / right-brained voiceover? Well as I said above, I’m taking advantage of a popular figure-of-speech from pop culture that people recognize almost immediately.

In addition to being a full-time voice over actor, I’m also trained as an accountant and received my designation (Chartered Professional Accountant/Chartered Accountant or CPA/CA) which in the past would be considered a very left-brained thing to do.  And because I have always been very logical, detail-oriented and quite good at math I used to think that I wasn’t a creative person and I was DEFINITELY left-brain dominant. 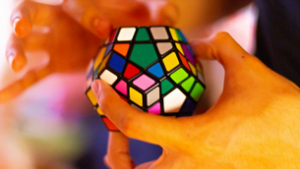 But then again, I have been dancing before I could walk and singing before I could talk (as ABBA would say!) I was a ballerina when I was 5, art used to be my favorite subject in school, I danced again in high school (even going on a class trip where I learned at the Laban Centre for Movement and Dance) before becoming “one of those drama kids,” acting in any role I could get. Before getting my degree in accounting I was enrolled in theatre and education to become a drama teacher. So CLEARLY I was right-brain dominant.

You can see the issue with the theory here. How could I definitely be left-brained AND clearly be right-brained? The truth was the whole time I was that one-of-a-kind mix of left and right brained! Logical and objective while also creative and subjective. A mystery wrapped in an enigma!

What this means for you

So what? After all that theorizing and debunking, accountant versus actor, why does it matter to hire a left brain / right brain voiceover talent?

It matters because I bring the best of both sides to the table, or rather to the booth! I’m a consummate professional, or a professional’s professional if you will. That means I always deliver on-time or earlier, I ask the right questions, I’m easy to direct and I’m always client focused. The biggest ‘why’ I do what I do is because of you, the client, the listener, the audience. Without someone listening there’s really no point in talking (I’m looking at you, Twitter.)

At the same time, when I’m behind the mic I can be endlessly creative. I bring in multiple voices, styles and interpretations. I’m an actor studied in improv so I can make you laugh or roll with the punches when something changes last minute. You’re trying to find the best way to tell your story and with my creativity I will surprise you, delight you and satisfy your audience.

So there you have it, Monique Danielle the left-brained / right-brained voiceover. A voice talent who works with professionalism and creativity. A voiceover actor who works fast, friendly and fun! Now that you know why this is important for you I’d love to make your job a whole lot easier. Contact me and let’s chat about your story and how we can bring it to life!